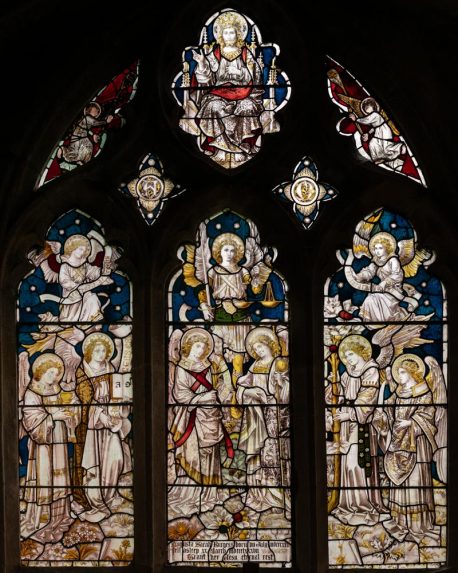 John Francis Bentley (1839-1902) was born in Doncaster, Yorkshire, and went to London to work in the office of Henry Clutton, a distinguished High Victorian architect who became a Roman Catholic in 1856. Bentley also converted, and, after setting up his own practice in 1860, came to be widely recognised as the best Catholic architect of his time. He built comparatively few complete churches, but did extensive work in adding to and furnishing other architects’ churches. He had remarkable skill in the design of woodwork, metalwork, stained glass, and organ cases. His finest parish church is Holy Rood, Watford, but the climax of his career was the commission in 1894 to design Westminster Cathedral, which was almost complete when he died in 1902.