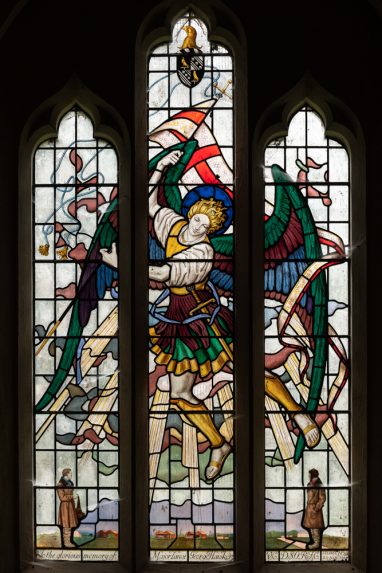 Francis Walter Skeat (1909-2000) was a prolific stained glass artists, creating over 400 windows during his career. He was a pupil of Christopher Webb, and later worked for AR Mowbray in Oxford and J. Wippell & Co. of Exeter and designed for Barton, Kinder and Alderson. His own studio was established in Hertfordshire. The windows he made independently bear a close resemblance to Webb’s and it is easy to misattribute them, but Skeat worked with a slighter different palette – more pinks, greens, purples and oranges.