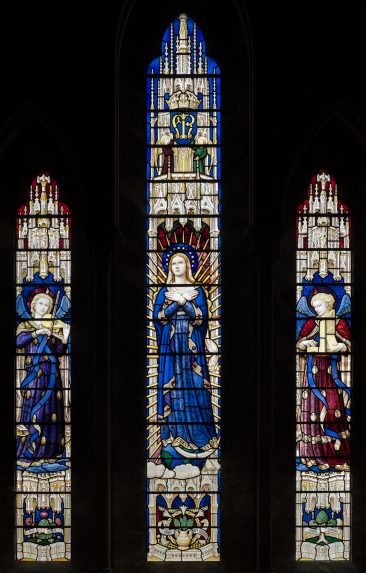 Geoffrey Fuller Webb (1879-1954) was the elder brother of Christopher Webb, another stained glass artist, and nephew of the famous architect, Sir Aston Webb. Geoffrey Webb was brought up in a high church Anglican tradition, but was received into the Roman Catholic church in 1913. His most well-known publication, The Liturgical Altar followed in 1933. After school he was apprenticed to C.E. Kempe and also partnered Herbert Bryans for a short time. His own studio was in East Grinstead, Sussex.

Source: The Liturgical Arts Journal – The life and work of Geoffrey Webb