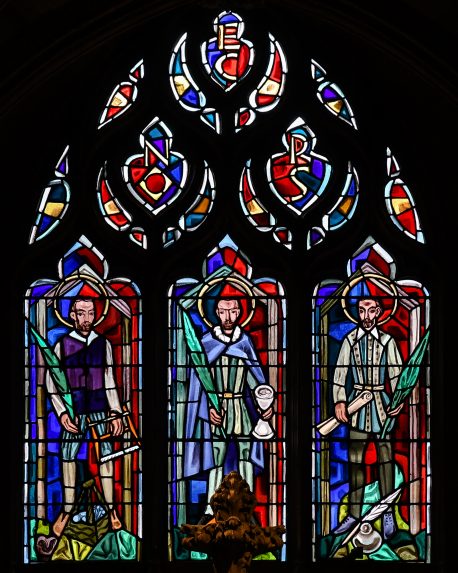 Patrick La Primaudaye Pollen (1928-2010) was a distinctive artist in several media, drawing and mosaic among them, but principally in stained glass, in which he leaves a large corpus of work, some of it in Britain and the United States, but most of it executed for churches in Ireland between the 1950s and the 1980s.