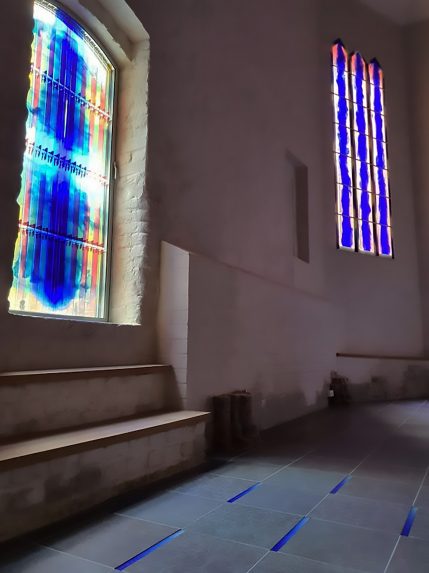 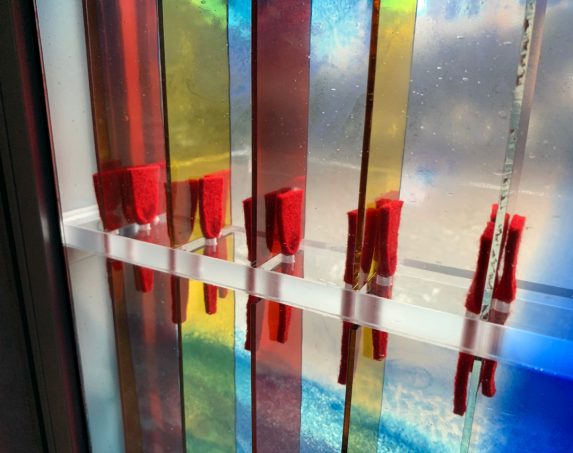 Peter studied at Norwich School of Art (1986-87) and Swansea College of Art (1988-91), where he was awarded four distinctions. While at Swansea he entered the Stevens Competition, which began a long association with the Glaziers Company.

Peter won the Stevens Competition in 1990 and still and remembers fondly coming to the Glaziers Hall for the prize giving, by train from Swansea. Then in 1996 he was awarded the first Glaziers Company Bursary to establish the Glaziers’ sponsored workshop at Ironbridge Gorge Museum, which ran for seven years.

In 2001 Peter moved to Norway, but maintained his links with the Stevens Competition as a member of the judging panel in 2010 and 2011.

Peter works both as a painter and architectural glass artist, and his works can be found many countries across Europe. Images from a recent commission for the Marienkapelle of the St. Marien Church, Greifswald, Germany are shown opposite. He was commissioned to design both the windows and the portal and floor. The interplay of light and architecture and the interaction of the viewer with the work of art are of particular importance to Peter, so glass, which in combination with light has a special effect on a room, is an ideal material. In addition, Peter also uses other materials in combination. For the north window of the Marienkapelle, for example, he installed two airbrushed and etched glass planes one behind the other, in the middle of which he placed wool felt “nails”. The glass work was made in collaboration with Derix Glasstudios.