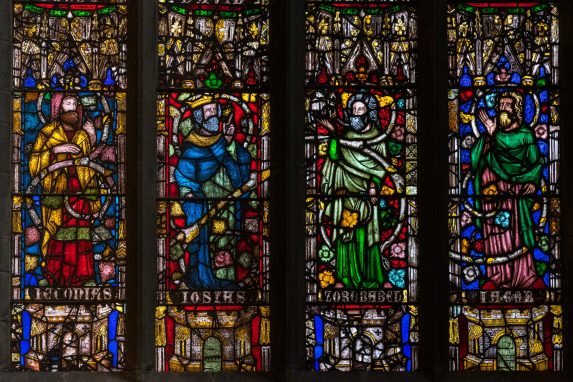 Alfred Gérente (1821-68) succeeded to the business established by his brother Henri Thomas Francois Gérente (1814-1849). Henri had only become involved in stained glass toward the end of his life, and was one of the first artists outside England to show a careful archaeological interest in medieval stained glass. The work of both Henri and his followers stayed closer to the medieval designs, including the use of deliberately antiquating techniques, than their English counterparts.