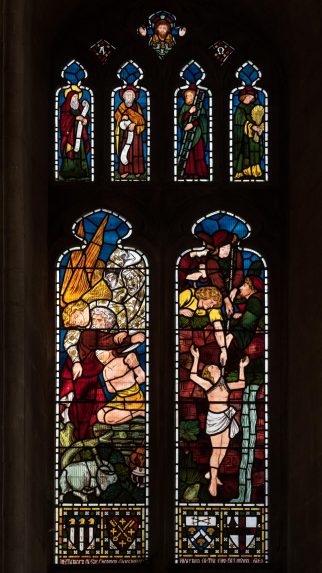 Dante Gabriel Rossetti (1828-82) was a poet, illustrator, painter and translator. He was a founder of the Pre-Raphaelite Brotherhood. He designed a number of stained glass windows for Morris, Marshall, Faulkner & Co. or ‘the Firm’, as it was colloquially known.