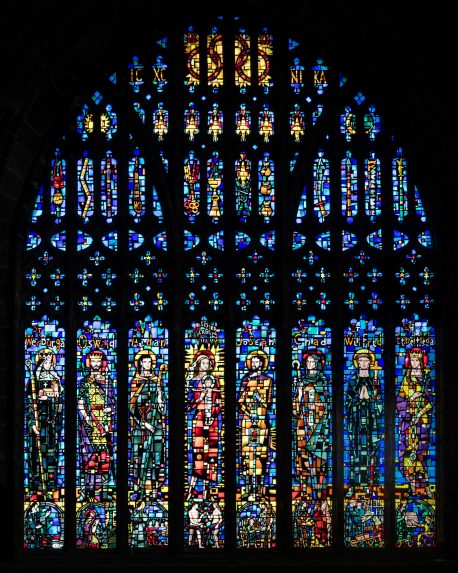 William Thomas ‘Tom’ Carter Shapland (1925-1972) came from a Devon farming family. He was trained and worked for five years under the supervision of Arthur Erridge for J. Wippell & Co of Exeter, Devon.

In the early 1950s he was working as a designer with Barton, Kinder and Alderson in Brighton, Sussex. At this time his designs were figurative and called for traditional techniques of manufacture.

Tom then became a freelance artist, adopting the ploughshare as his maker’s mark, reminiscent of his farming background.

W T Carter Shapland and the Worshipful Company of Glaziers