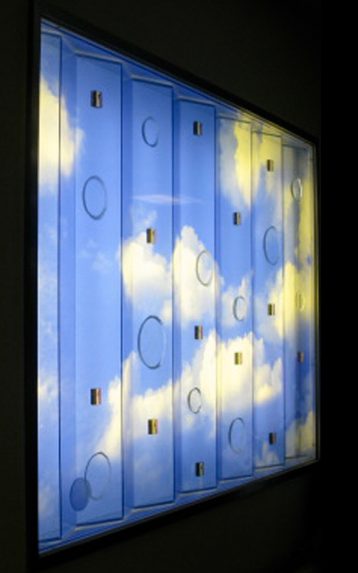 Michelle Dawson studied at the Welsh School of Architectural Glass in Swansea graduating in 2008. The same year she attained two awards from the Worshipful Company of Glaziers and Painters of Glass and the opportunity to work and study in cathedrals and glass studios across the UK and Germany. In 2010 she setup a glass studio at Swansea Studios, Maritime Quarter and in 2013 completed her post-graduate studies into the ethereal qualities of glass.

In 2016 she moved to Trondheim, Norway and worked in conservation at Nidaros Cathedral for three years.

In 2020 Michelle setup her studio in Bridport, Dorset. She works in conservation as a traditional glass painter and on new commissions for private clients across Europe. She focuses strongly on the architectural setting and often combines traditional and contemporary techniques. In her current work she is researching Japanese wood cuts from the 18th and 19th century and Georgian architecture.

Michelle Dawson writes, “The Competition brief in 2008 was to create an illuminated panel for the waiting room of the Elizabeth Garrett Anderson wing of University College London Hospitals. The Elizabeth Garrett Anderson Wing provides comprehensive, high quality care with the latest technology for women and their babies in the areas of gynaecology, maternity and neonatal care. The brief required a design which would be ‘uplifting, inspirational and sensitive to its surroundings’.

The waiting room does not have a view to the outside and I wanted to open the architectural space to both visitors and staff with a window-like panel. I decided to use a photographic image of the sky as it would be calming and would be architecturally interesting in the space. I designed it on four layers of glass to create a relief effect. The image of the sky was printed onto a concertina of glass using blue enamels and bonded circles of sand-blasted glass and smaller details of glass were added. The glass creates a positive focus in the room.

This art work is one of many across the Trust and forms part of an initiative to improve the hospital environment through the use of the Arts. This initiative called UCLH Arts hosts regular exhibitions, music events on wards and public areas and commissions artists residencies and researches the benefits the arts bring to patient wellbeing.

UCLH Arts is funded entirely by charitable donations and no money is diverted from patient care.”