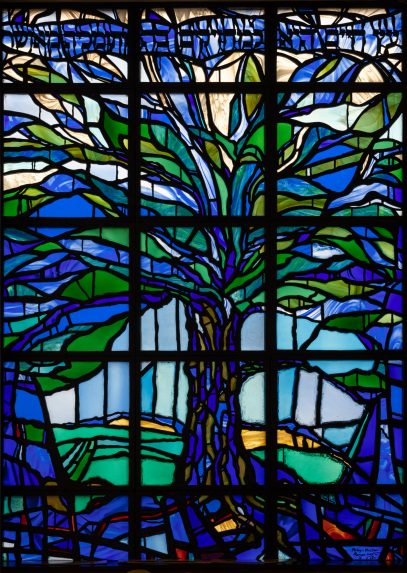 Ardyn Halter (b.1956) soon revealed an exceptional artist talent when age nine he had a Solo Exhibition at Haringey Art Centre, then used mainly as an exhibition space for Hornsey College of Art. However, it was only while reading English at Pembroke College, Cambridge that he realised that he wanted to paint rather than write, following  scholarship funded travel in Afghanistan and Iran.

He has since developed an international reputation and his work can be found in leading public collections, including the V&A, the New York Public library and the Open Museum, Israel. He works with varied mediums including silkscreen, oil painting, and stained glass.

The work shown opposite was completed with assistance from his father, Roman Halter (1927-2012), artist, architect and Holocaust survivor.