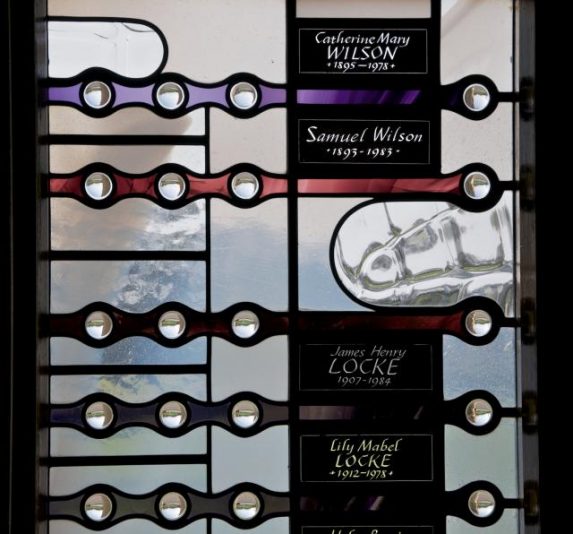 Ludwig Schaffrath (1924-2011) was a protagonist in the artistic avant-garde of the Rhineland, and one of the most important glass-painters of the post-war period. He achieved widespread international recognition, and through his teaching activities in Australia, England, Germany, Japan and the USA, was stylistically influential for generations of the world’s glass-painters. In the USA in the 1970s, there was talk of the ‘Schaffrathisation of stained glass’, because of the sheer numbers of his students, who transmitted his influence to American stained glass.

Schaffrath was however also active in other artistic disciplines, and was interested in space as a Gesamtkunstwerk (total work of art). He therefore furnished sacred and secular spaces with sculptures, mosaics, and stained glass, and designed enclosures, fountains, baptismal fonts, candle stands, and tabernacles. His was a totally creative spirit, brimming with talent, and he worked until the end on what is one of his great legacies, the thirty-part window cycle Schwanengesang (‘Swan Song’).

In 2012, the Deutsches Glasmalerei-Museum in Linnich dedicated a comprehensive exhibition to Schaffrath’s work, for which a very beautiful catalogue, entitled Universum in Glas (‘The Universe in Glass’), was published. The house in which the artist lived and worked in Alsdorf (Nordrhein-Westfalen) has become an official visitor attraction and is called the Schaffrathhaus.