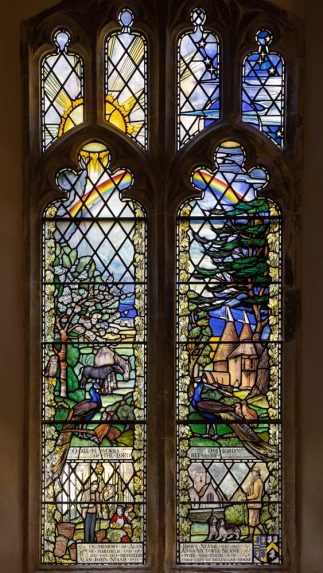 Arthur Edward Buss (1905-99) studied at Camberwell School of Art before his apprenticeship to William Aikman, a freelance painter who also worked for James Powell and Sons/Whitefriars. Buss became a freelance designer himself, before being invited to join a new stained glass studio – Goddard and Gibbs – in 1946.

Buss’s style is traditional and robust, which suited post-war taste, and between 1949 and 1961 he designed over 150 windows for churches in England and across the British Empire.

Buss’s work was valued so highly by Goddard and Gibbs’ clients that he was invited back after his retirement to continue to design for schemes he had started in previous years.

A. E. Buss and the Worshipful Company of Glaziers