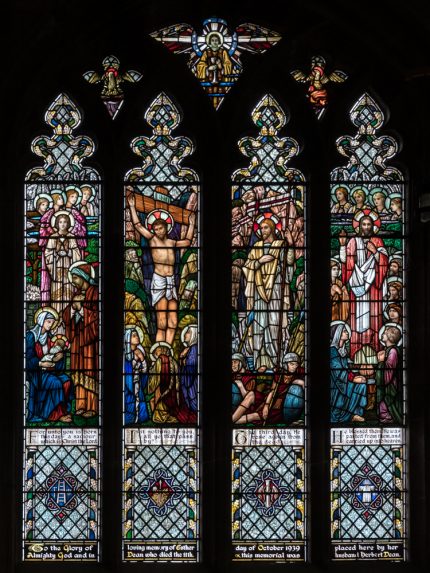 The T. W. Camm Studio of Smethwick, is particularly noteworthy for the quality of its windows, which were manufactured for domestic and ecclesiastical  clients across the world. The business was founded in 1888 by Thomas William Camm (1839-1912), who trained at Chance Brothers in Smethwick, before setting up his own business. When Thomas Camm died the business was continued by his daughter Florence (1874-1960) and sons Walter (1881-1967) and Robert (1878-1954). The business finally closed around 1967.

Source: Florence Camm and the Camm Studio of Smethwick on History WM