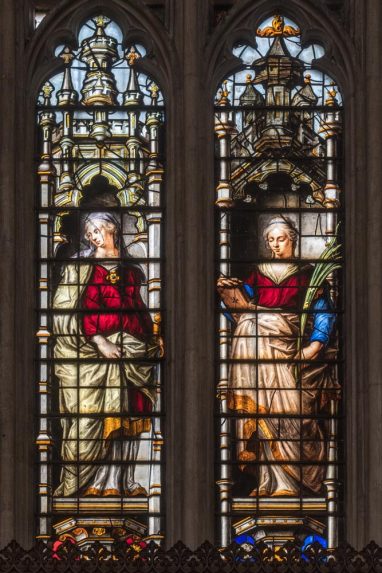 William Price the Younger (d.1765) was a glass painter, as was his father. A relatively small number of works can be positively attributed to him, among them panels for Sir Horace Walpole, whose preferred artist he was. Walpole wrote in his Anecdotes of Painting in England:

William Price the son, now living, whose colours are fine, whose drawing good, and whose taste in ornaments and mosaic is far superior to any of his predecessors, is equal to the antique, to the good Italian masters, and only surpassed by his own singular modesty.