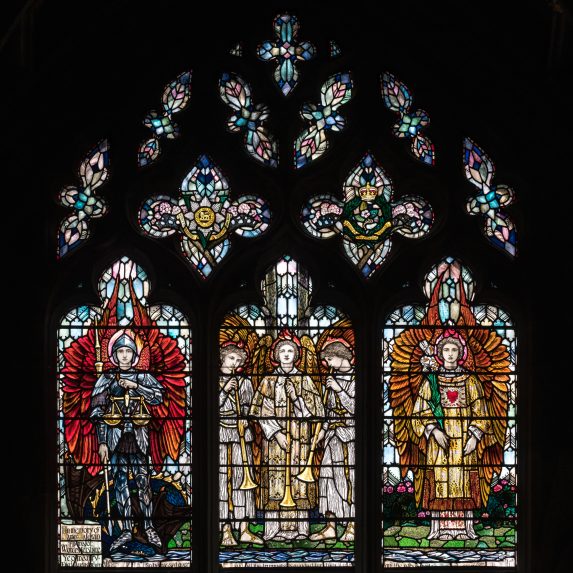 Christopher Whitworth Whall (1849-1924) was one of the most prominent artists in the Arts & Crafts Movement, not only through his own work, but also through the influence he had on other artists as a teacher and writer. He taught at both the Central School of Arts and Crafts and the Royal College of Arts, and his 1905 book ‘Stained Glass Works’ is still widely regarded as the most inspirational work of its type.