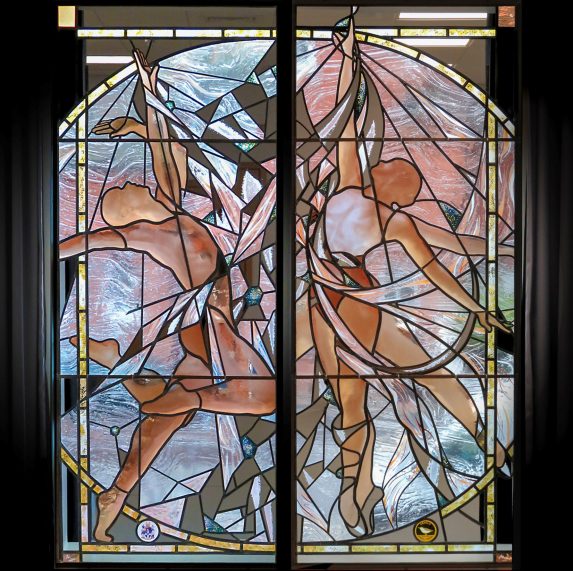 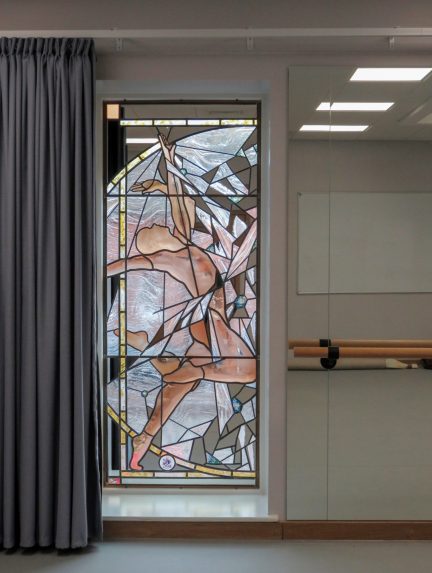 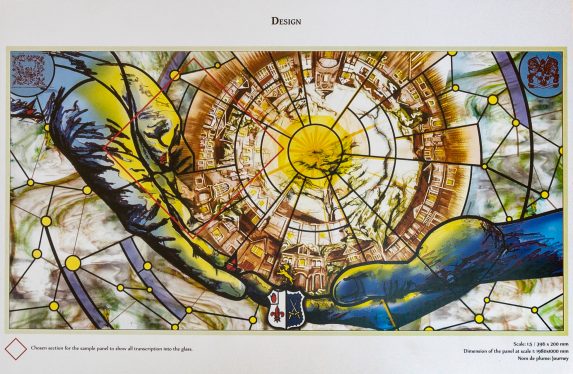 Steven Competition Commission Winner in 2018 and 2020

Jessica Lambinet was born in France and at an early age discovered a passion for the effect of light on the world around her, whether through reflection and shadow, or the interaction of light with translucent materials. As a result  throughout her studies she has been trying to play with those effects in each artistic project, whether that be in photography, paintings and artistic installations, or her work in architecture. She is always trying to question our relationship with these effects and how we feel about them. Since discovering stained-glass and its magical qualities during an internship in France, she hasn’t been able to imagine her future in any other way.

This led to a year in Paris studying for a Diplôme des Métiers d’Art specialising in stained glass, which included instruction in painting along with internships with studios working in stained glass conservation and creation. This was followed by a year working as a trainee with Rainbow Glass Studio in Scotland, which allowed her to discover another stained-glass culture and further her skills. Thanks to Rainbow Glass she discovered the Stevens Competition and was able to enter for the first time in 2017.

Jessica returned to France in 2018 and once again entered the Stevens Competition. This time she was successful, with her design for two panels for the new dance studio at Eastbourne College being commissioned by the College. This was Jessica’s first commercial commission and it gave her the opportunity to start her own studio in Lille in northern France, from where she is well placed to handle work from both France and the United-Kingdom.

In 2020 Jessica repeated her earlier success in the Stevens Competition, when her design was again commissioned. This time the challenge was to design a backlit panel that would form a key feature in the entrance area to the John Morden Centre, currently under construction at Morden College, Blackheath, London.

Examples of both projects are shown opposite. The Artist Statement for Eastbourne College can be found here, and for the John Morden Centre here.

Jessica now designs new stained glass windows, as well as restoring old windows for a wide range of private and commercial settings, and continues to demonstrate her sensitivity to the architecture surrounding a project and to the interior feelings that it provides.

More of Jessica Lambinet’s work can be seen at www.jlavitrail.com