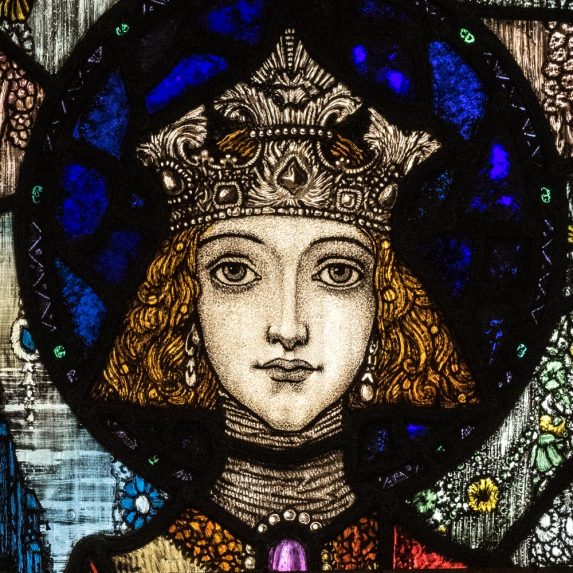 Henry Patrick ‘Harry’ Clarke (1889-1931) was born in Dublin and apprenticed in his father’s stained glass business. He also studied at the Metropolitan School of Art, Dublin, as well as travelling to London and France. In the process he absorbed the qualities of the medieval glaziers, along with contemporary artistic themes to create windows that are some of the most distinctive examples of the art. His studio continued after his death as Clarke Studios Ltd.