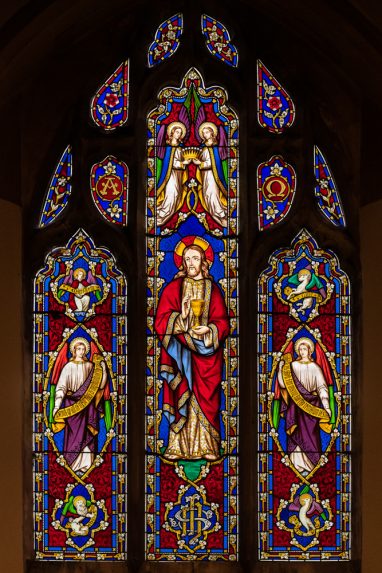 The studio of Alexander Gibbs & Co. is particularly noted for its collaborations with the architect, William Butterfield (1814-1900), many of whose designs they fulfilled from the early 1860s. An example of the collaboration is given below at St Ninian’s Cathedral, Perth. A particularly admired example of Alexander’s own work can be seen in a fine 1862 west window at St Mary Magdalene, Taunton. The studio continued after the death of Alexander Gibbs and was still active in 1915.