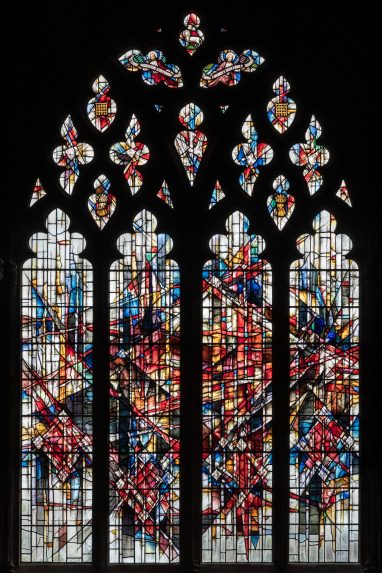 Alan Christopher Wyrill Younger (1933–2004) was born in London and worked with successively, Carl Edwards and Lawrence Lee before combining teaching with his own work. A fine colourist and advocate of the glories of stained glass, his work is found in many British cathedrals, including the great rose window at St Albans and the Henry VII Chapel at Westminster Abbey, along with many churches throughout the country.

Alan Younger and the Worshipful Company of Glaziers