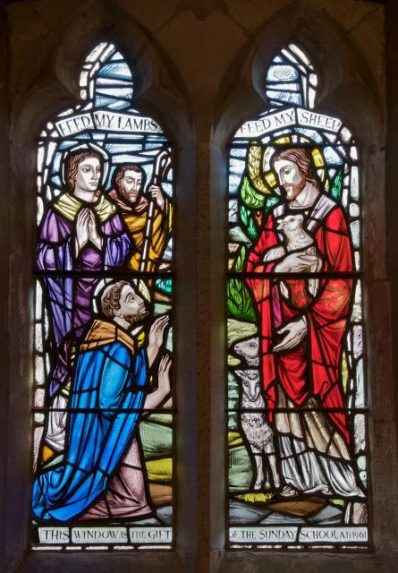 Celtic Studios was formed in 1948 by Howard Martin (1907-1972) and his cousin Hubert Thomas (1913-95). There had been an earlier collaboration between the two men in a firm of 1934, but this was dissolved when war broke out in 1939. The firm produced an extensive body of work, particularly in Wales, but also further afield. Howard Martin is also remembered for his work as head of architectural stained glass and vice-principal of the then Swansea School of Arts and Crafts, the forerunner of today’s Swansea College of Art, University of Wales Trinity St David’s.

Many windows by the studio were designed by Bryan Tobias Evans, who worked at Celtic Studios from 1949 until his retirement in 1991.