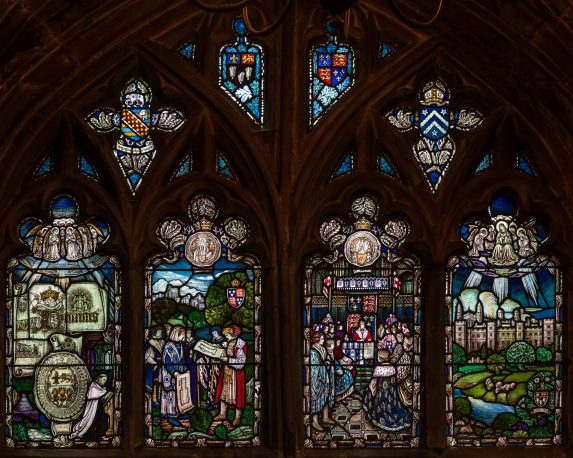 Archibald John Davies (1877-1953) trained at Birmingham School of Art under Henry Payne before setting up his own studio at the Bromsgrove Guild of Applied Arts, Worcestershire, in 1906. His studio produced some 300 windows for the UK and another 100 went abroad, particularly to Canada and Southern Africa.

Source: The Stained Glass Windows of A J Davies of the Bromsgrove Guild, Worcestershire by Roy Albutt, 2005