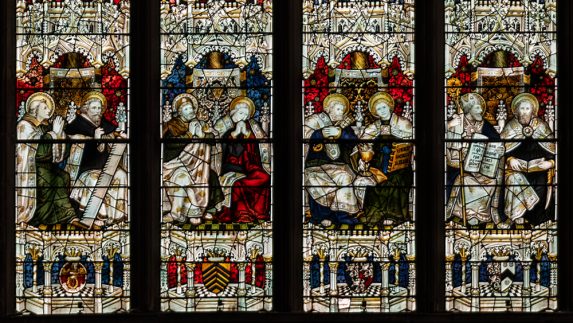 Charles Eamer Kempe (1837-1907) was one of the most remarkable and influential figures in Late Victorian and Edwardian church art. Despite using a variety of designers, Kempe’s name became synonymous with a distinctive style of stained glass deriving from late medieval and Renaissance models.