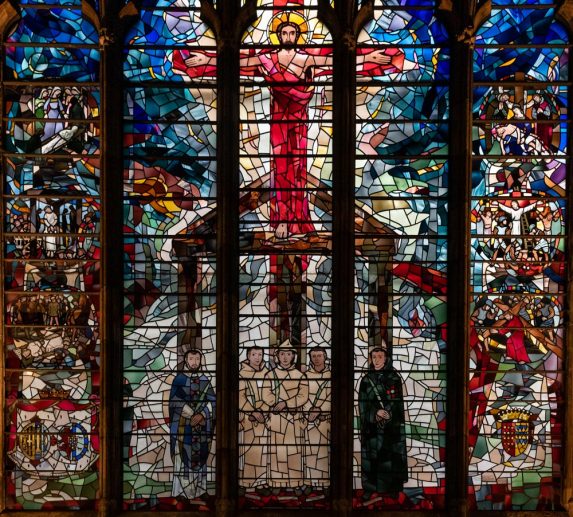 Charles Francis Blakeman (1907-1989) was an accomplished landscape painter and stone carver, as well as a fine stained glass artist. As a 14-yearold boy he was taught by Eddie Nuttgens when they were both at Paul Woodroffe’s studio in Chipping Campden. He was an admirer of the great Wilhelmina Geddes, completing her final window after her death.