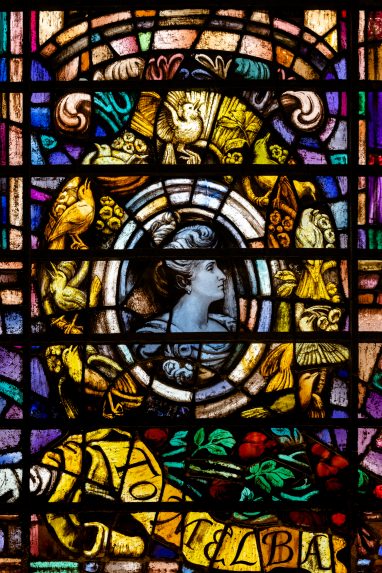 Brian Dick Lauder Thomas OBE (1912-89) was a British artist best known for his decorative work in church buildings, particularly murals and stained glass. During the war he served in the camouflage section of Home Security, and from 1946 to 1954, he was principal of the Byam Shaw School of Art, which in 2003 was absorbed by Central Saint Martins College of Arts and Design.  He was a member of The Art Workers’ Guild, serving as Master in 1957.

Brian Thomas and the Worshipful Company of Glaziers

Brian Thomas was active in supporting the Company, including serving as a competition judge and as Master in 1976. In recognition of his service and a legacy to the Company, the First Prize in the Stevens Competition was named in his honour.