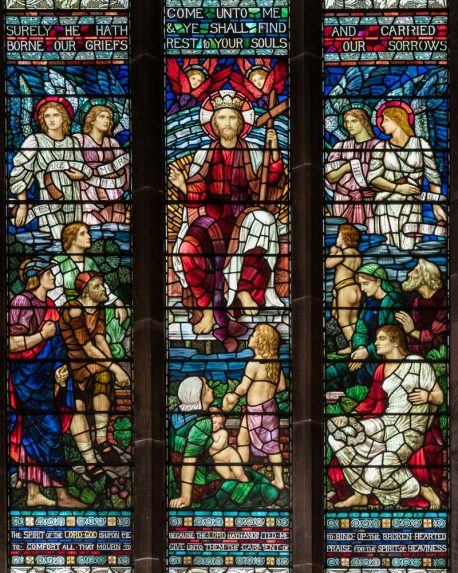 Henry Holiday (1839-1927), one of England foremost stained glass artists, was also an illustrator, painter and sculptor. After many successful years working for James Powell & Sons, in 1891 he left to set up his own independent studio, which gave him the freedom to fully control the production of his designs.