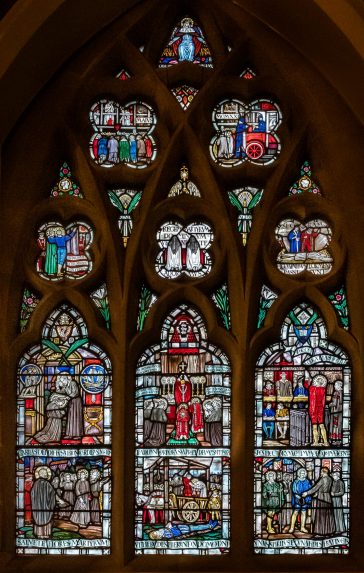 Margaret Agnes Rope (1882-1953) was born in Shrewsbury and studied at the Birmingham School of Art, where – within a range of disciplines – she studied stained glass under Henry Payne. After the death of her father she joined the Roman Catholic church, and her faith became an overwhelmingly important focus of her life and work. She was the cousin of Margaret Edith Aldrich Rope.

She began working from home, before moving to work at Lowndes & Drury in London.  Initially, she directly supervised the work, but in 1923 she became a Carmelite nun. She continued making windows at the Monastery, sending the glass by train to Lowndes & Drury to be cut, fired and leaded up.