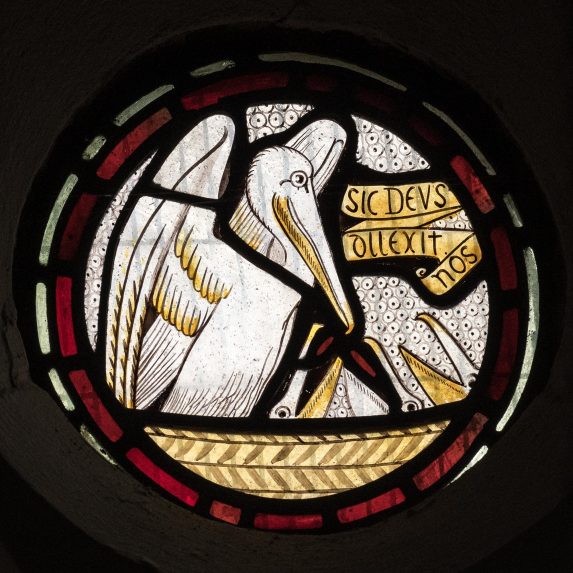 Philip Speakman Webb (1831-1915) was one of the most influential architects of the Arts & Crafts movement. He joined the office of George Edmund Street in 1852 and was joined there by William Morris in 1856. He became one of the founding partners of Morris, Marshall, Faulkner & Co. Ltd, and with Morris founded the Society for the Protection of Ancient Buildings in 1877. He built the Red House (National Trust) for Morris in 1859 and the Church of St Martin, Brampton, 1878, which is filled with stained glass by Morris & Co.

Sources:
Philip Webb on wikipedia
St Martin’s, The Making of a Masterpiece by Arthur Penn (Published by David Penn at millyardstudios.co.uk, 2008)