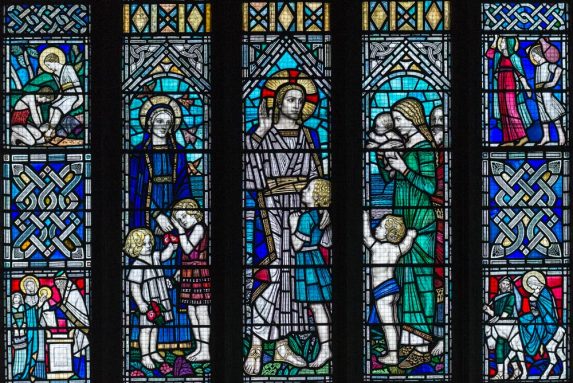 John McKirdy Duncan RSA RWS (1866-1945) was one of the leading representatives of the Celtic Revival in Scottish art. He first trained as an illustrator in his native city, Dundee, and after periods of work and study in London and Antwerp, Duncan settled in Edinburgh in 1892. In the wider European context, Duncan was an exponent of the Symbolist movement. As well as Celtic imagery, he was inspired by the early Italian Renaissance, sometimes working in tempera. His output ranged from murals and paintings through to stained glass and book illustrations.