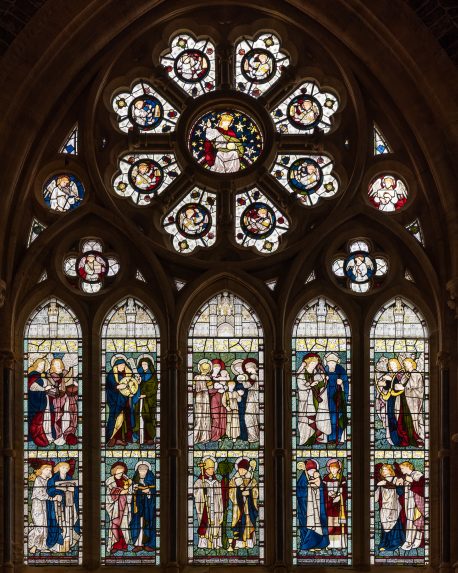 Morris, Marshall, Faulkner & Co. (1861-74) or ‘the Firm’, as it was colloquially referred to, was founded in 1861 by William Morris, Edward Burne-Jones, Dante Gabriel Rossetti, Ford Madox Brown, Philip Webb, Peter Paul Marshall and Charles J Faulkner.  The Firm started out with no lack of confidence. As Rossetti wrote in January 1862, ‘Our stained glass…may challenge any other firm to approach it’.  It was succeeded in 1875 by Morris & Co.