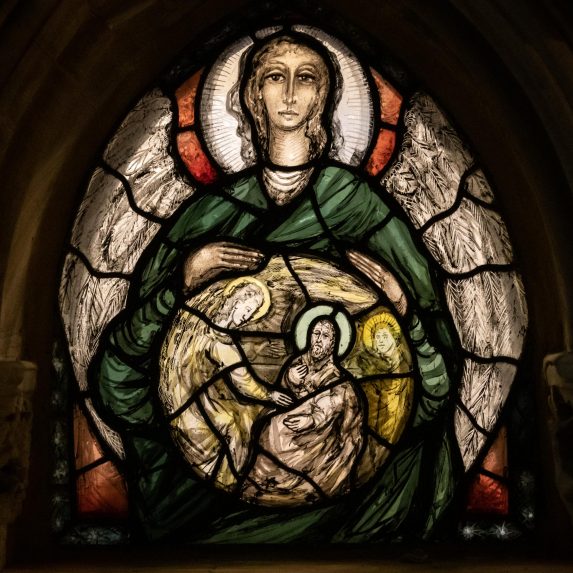 Patrick Reyntiens OBE (1925-2021) studied fine art at Edinburgh College of Art. He began his career in stained glass with an apprenticeship with Eddie Nuttgens, and flourished when he met and collaborated with John Piper.

Together they redefined the medium in the post war era, working on the Baptistery Window, Coventry Cathedral and Liverpool Metropolitan Cathedral as well as numerous ecclesiastical and secular commissions in Britain and USA.

He has also been an influential teacher both through the arts centre he ran at Burleighfield House, with his wife, Anne Bruce, from 1963 to 1976, and through the 10 years he spent as Head of Fine Art at the Central School of Art and Design.

The window shown is one of six Angel windows in the Chapter House Passage, Southwell Minster, which echo the angels in the Angel window / Great west window.