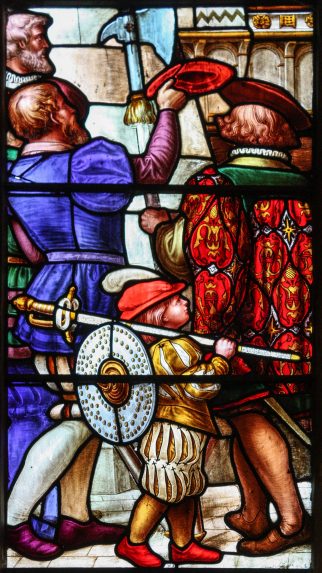 Sir Edward John Poynter 1st Baronet GVCO PRA (1836 –1919) was one of the most eminent of the classical painters of the Victorian period and, perhaps, the most distinguished of several painters who had an early involvement in stained glass, such as his brother in law, Edward Burne-Jones. He produced stained glass designs between 1857 and 1863, at which point his painting started to achieve success. He served as President of the Royal Academy between 1896 and 1918.