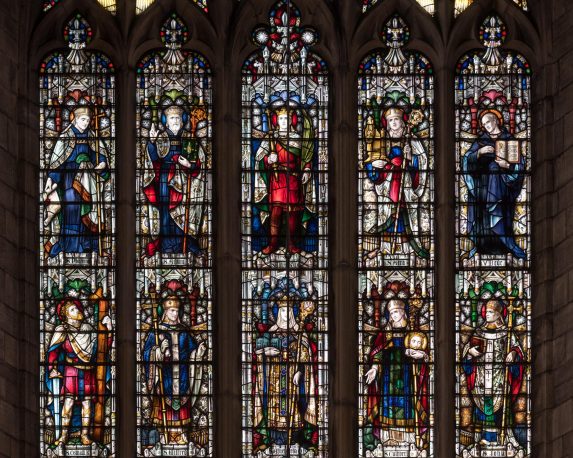 Henry Thomas Bosdet (1856 – 1934) was a Jersey-born artist whose main oeuvre of over thirty stained glass windows can be seen in churches, chapels and private houses in Jersey itself.

In 1873, at the age of 17, Bosdet enrolled as a student at the Royal Academy and in 1883 he was appointed Curator of the Life School at the R.A., until around 1901. Bosdet was a talented designer, draughtsman and glass painter. His style was traditional in portraying scenes from Bible stories . But his expressive figure drawing, attention to detail and use of colour were second to none.

Between 1898 – 1920 Bosdet worked for himself in London, where he designed and executed the windows for Hexham Abbey.