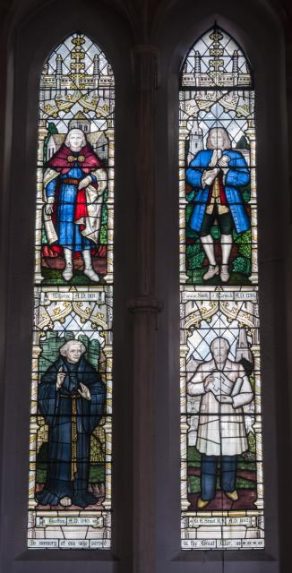 Christopher Charles Powell  (1876-1955) was the son of Charles Powell, who had a studio at 95 Claremont Road, Highgate, London. He worked as a mural painter, gilder and carver as well as a designer and painter of stained glass, including collaborations with G.F. Bodley and C.E. Kempe. He was probably responsible for many windows made by his father’s firm in the 1920s and early 30s, prior to his father’s death in 1934. For example, windows that appear in his list of work published by the British Society of Master Glass Painters in 1939 are also found in Charles Powell’s list of 1930.