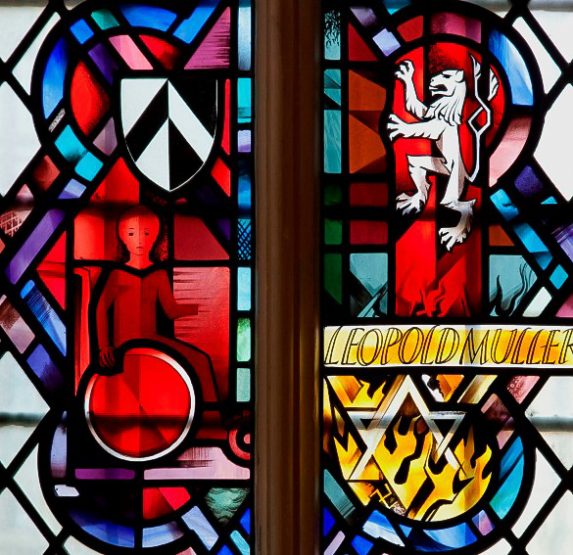 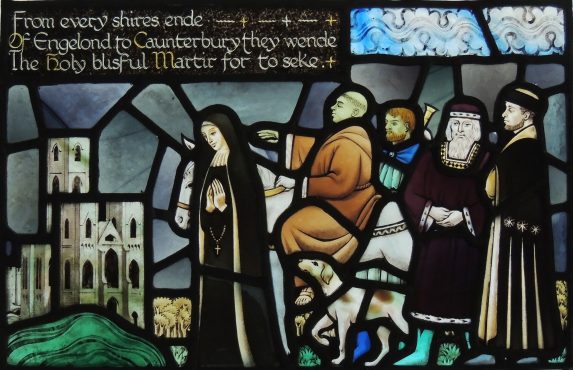 Alfred Fisher MBE FMGP FRSA (b. 1933) trained at Liverpool Arts College before joining James Powell & Sons (Whitefriars) Ltd, where he developed his own distinctive style. In 1973 he co-founded Chapel Studio and worked there until retiring, mixing new work with important conservation projects. Now retired, his legacy of work can be found across the country, including Westminster Abbey, Buckingham Palace, Chequers and the Guildhall.

Alfred Fisher and the Worshipful Company of Glaziers

An image of an early Competition panel is shown opposite. Alfred Fisher comments that “At the time I was a draughtsman in the studio at Whitefriars, not having designed anything previously. The total output of the studio was ecclesiastical and I needed to do something different. I was very appreciative of the quality of the Whitefriars glass and wished to use it well but at the same time to demonstrate such skills as I had for the sake of the judges. This was the result – non-ecclesiastical but very traditional technically.”