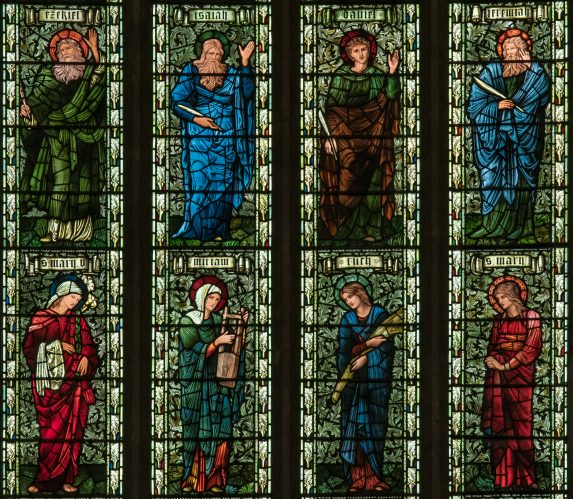 Morris & Co. (1875-1940) was the successor to original business of Morris, Marshall, Faulkner & Co. William Morris had always been the driving force behind ‘the Firm’ and he finally determined to remove his earlier partners and to take the business  into his own hands, with Burne-Jones as principal designer. The business flourished and continued after Morris’s death, when it also continued to use Burne-Jones designs. It finally closed in 1940.