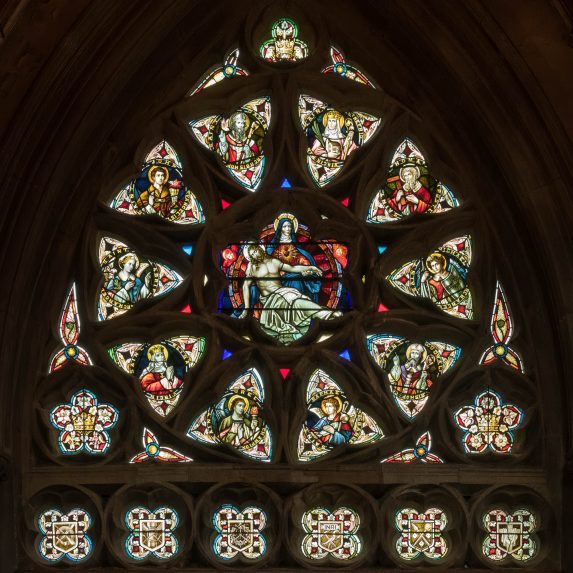 Joshua Clarke & Sons / Harry Clarke Stained Glass Ltd. The firm was established by Harry Clarke’s father, Joshua,  in 1886 as a church decorating business. In 1892 the firm extended its activities into stained glass, acting as agent for Mayer of Munich. Harry and his brother took over the business on the death of their father in 1921, by which time it had a thriving business in Ireland, along with overseas sales to Britain, Australia, New Zealand and the United States.

In 1930 the business was split, with the church decoration business continuing to use the old name, while the stained glass activities continued as Harry Clarke Stained Glass Ltd. That business continued after Harry Clarke’s death, initially under the management of Charles B Simmons and Richard King, and finally William J Dowling from 1940 until the studio closed in 1973.