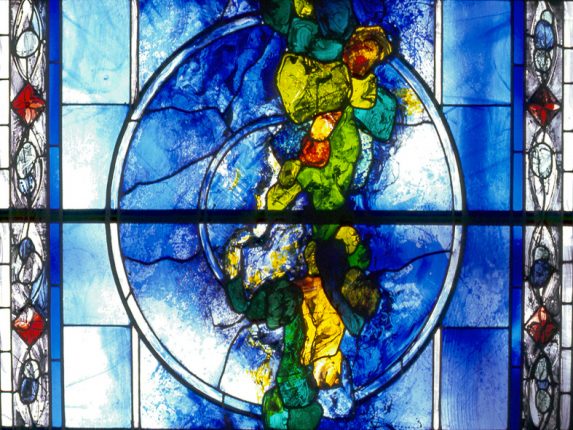 Graham Jones (b. 1958) studied stained glass at Swansea College of Art, where he won both the major prizes for stained glass students, and completed his first commission. He has since gone on to produce work for religious, corporate and civic buildings around the world. Initially he worked exclusively in leaded glass, but then increasingly began using enamelled colour on large panels of float glass. A liberating experience, which has also encouraged others to explore new possibilities in stained glass.

The panel shown opposite is currently on display at the V&A South Kensington in Sacred Silver & Stained Glass, Room 83, The Whiteley Galleries. It was is inspired by the Canticle of the Sun written in 1225 by St Francis of Assisi.