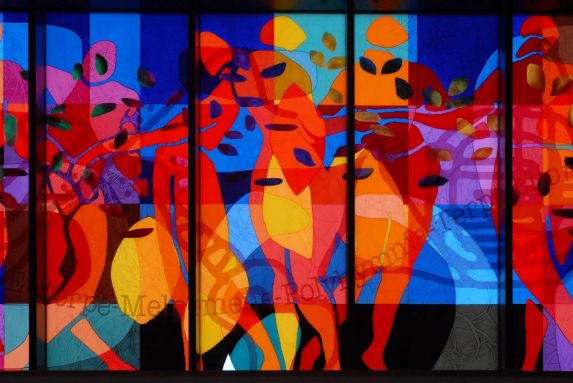 Martin Donlin (b.1959) was born in Hockley, Essex to Irish immigrant parents and studied Architectural Stained Glass in Swansea, South Wales from 1984 to 1987.

The majority of the projects he produces are intended to work on a variety of levels, with bold images for impact yet containing small intricate details to be seen close up. His intention is to create artworks that are welcoming and accessible and do not alienate visitors or locals, but have a sensitivity and relevance to their environment. They are usually a direct response to the architecture and surroundings.

Martin Donlin and the Worshipful Company of Glaziers

Martin Donlin won an award from the Company in 1986 and subsequently went on to act as a Stevens Competition judge.