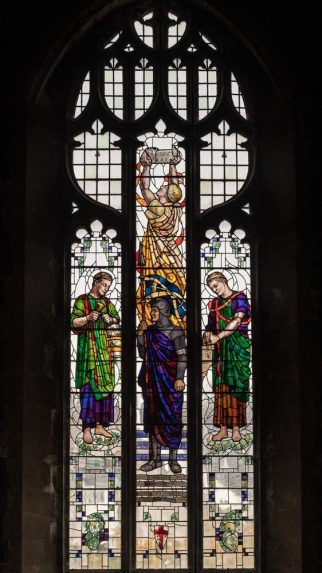 Margaret Isabel Chilton (1875-1963) trained at the Royal College of Art, where she was taught by Christopher Whall and Alfred Drury. In 1906  she opened her own studio in her native Bristol, before moving to Glasgow in 1918, to take up a post as designer at McLundie’s Abbey Studio. Here she met Marjorie Kemp, a graduate of the Glasgow School of Art. They both moved to Edinburgh where they set up in partnership in 1922, designing windows individually, but making them together.