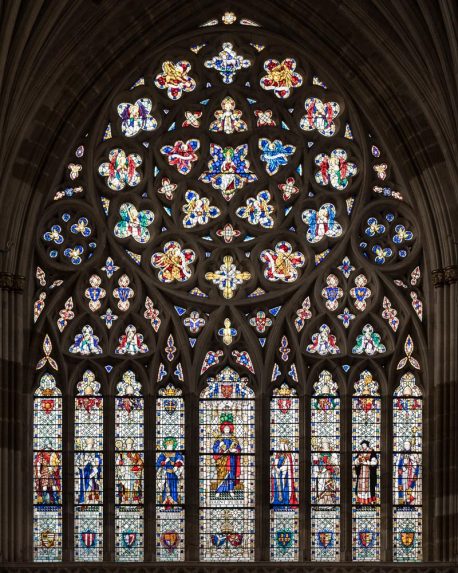 Michael Charles Farrar-Bell (1911–1993) was an artist and  stained glass designer. He trained at the Edinburgh College of Art and was a descendant of Alfred Bell (1832-95), one of the founders of the famous Victorian studio of Clayton & Bell. He took over the running of the business upon his father’s death in 1950. Major works included the completion of the west window at Exeter Cathedral, and the restoration of the great east window in Bath Abbey, originally designed by his grandfather John Clement Bell (1860-1944), and installed in 1873.

Farrar Bell was also a talent designer of postage stamps,  including commemorative stamps for the coronation of Queen Elizabeth II in 1953, and pub signs.