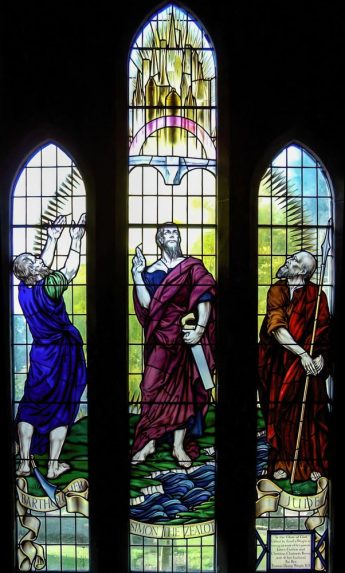 Hugh Ray Easton (1906-65) learnt the craft of stained glass with the Guildford firm of George Blacking, before opening his first studio in Cambridge. After war work he returned to stained glass and a studio in London. He painted his early windows, but soon discovered that if he found “an artist who could paint and interpret one’s drawings, a far greater technical mastery was achieved.”

Stylistically Easton’s work derives from Sir Ninian Comper and his pupil Christopher Webb with whom Easton was on ‘weekly visiting’ terms at Webb’s Orchard House Studio in St Albans.