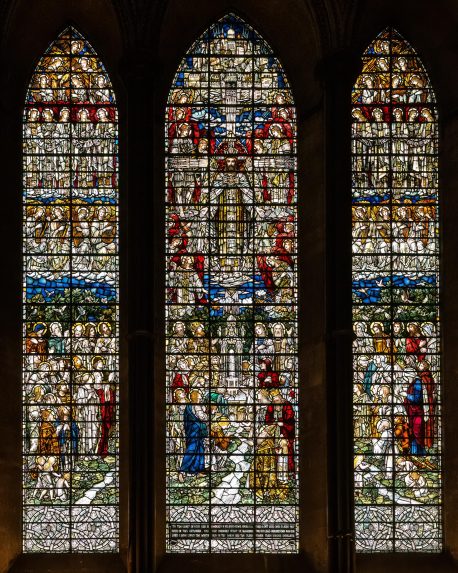 John William Brown (1842-1928) was born in Newcastle upon Tyne, and trained as an artist under William Bell Scott at the Newcastle Government School of Design, later joining the staff when Scott moved to London in 1864. In late 1869 Brown also moved to London and joined the William Morris Studio, before being attracted to joined James Powell and Sons in 1874. In the mid-1880s, while continuing to design for Powells, he took up freelance work, forging a particularly strong link with Fouracre & Watson in Plymouth. His Newcastle links also led to his  involvement in Thomas Ralph Spence’s great Church of St George, Jesmond. This increased his engagement with the ideas of the emerging Arts & Crafts Movement, as could be seen in his work when he rejoined Powells in 1894, after three years in Australia.