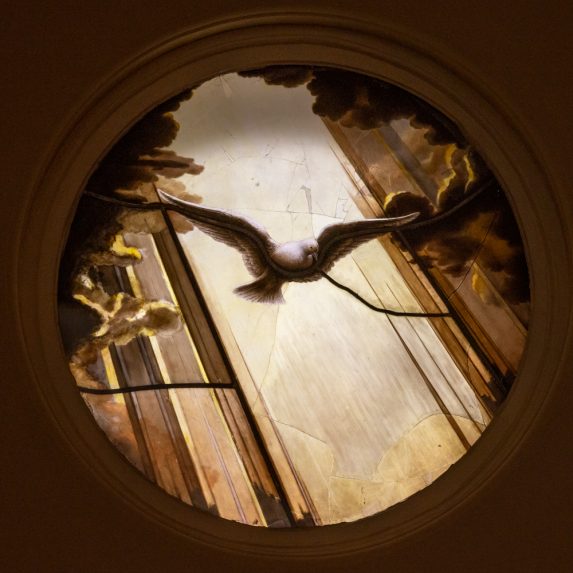 Joan Howson (1885-1964) was a British stained glass artist of the Arts and Crafts movement. She trained at the Liverpool School of Art before becoming a student and apprentice to Caroline Townshend. They later developed a lifelong partnership creating stained glass works as, Townshend and Howson. Howson continued working under the partnership name following Townshend’s death in 1944, working principally in the repair and restoration of windows.